Brazil-China Soybean Ship Has Propped up the Freight Rate of Bulk Carriers!

Recently, the freight rate of bulk carriers has witnessed a "boom" period of the dry bulk market, with Brazilian soybean exports playing an important role. 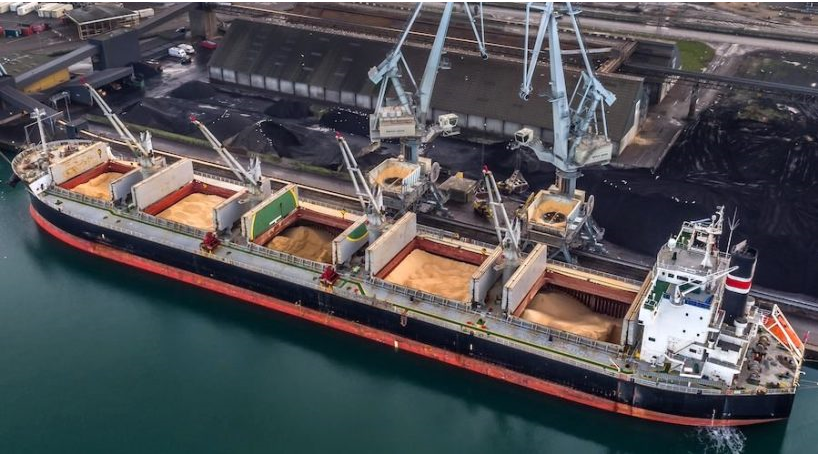 Banchero Costa, a shipping broker, said in his latest weekly report: "Two weeks ago, we discussed the exports of soybeans from the United States from 2020 to the beginning of 2021. Now let's look at another major exporter of soybeans: Brazil. In general, although COVID-19 has an impact on the global economy, in 2020, soybean trade is still very positive which was mainly driven by Chinese demand, and will continue in 2021. " 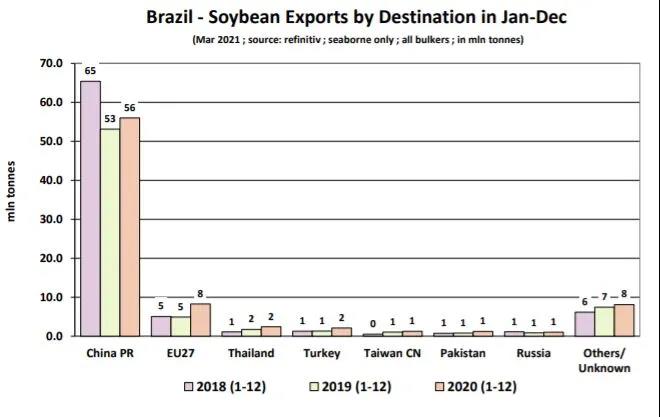 According to the report of the ship broker, "Chinese mainland imported substantial soybeans in 2020, amounting to 94.9 million tons in 2020, up 17.5 percent year-on-year. Mainland China accounts for 63% of global soybean trade. Last year, although China favored North American soybeans for various reasons, Brazil remains one of its indispensable import markets. Refinitiv data shows that in 2020, Brazil exported 80.3 million tons of soybeans, an increase of 12.9% compared with 71.2 million tons in 2019, but still slightly lower than 81.3 million tons in 2018. "

Banchero Costa said: "In the first quarter of 2020, Brazil exported 21.2 million tons of soybeans, an increase of 17.3% over the same period in 2019. The second quarter witnessed shipment volume from Brazil of 38.6 million tons, up 48.4% year-on-year. In the third quarter, exports volume decreased to 17.4 million tons, but still increased by 16.6% compared with the same quarter in 2019.

However, in the last quarter of 2020, the situation was extremely bad, and the shipment volume dropped to 3.1 million tons, a decrease of 74.3% compared with 12.1 million tons in the same period of 2019. It reached its lowest point in December 2020, when the export volume basically dropped to zero and remained basically at zero in January 2021. In February 2021, the loading volume began to rebound to 5 percent and shipments were 4 million tons, but this is still the lowest transaction volume in February since at least past 4 years. 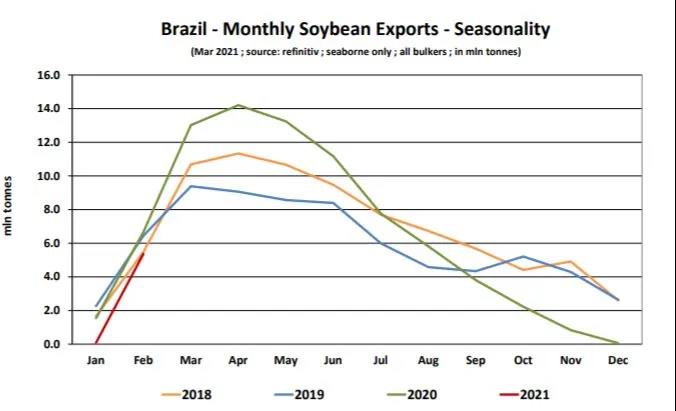 The ship broker added: "In this winter, the excessive rainfall in Brazil took a heavy toll in the country's harvest and exports. After signing trade agreement with the USA, China has substantially increased its soybean imports from the United States. Meanwhile, However, Brazil succeeded in diversifying its customer base and getting rid of its dependence on Chinese mainland. In 2020, 69.7% of soybeans exported from Brazil were shipped to Chinese mainland, which was lower than 74.7% in 2019 and 80.4% in calendar year 2018.

RELATED NEWS
China's ...
On the morning of may 15, China's first autonomous container merchant ship,
Overseas...
On August 15, Splash 247 reported that the application deadline for The Captain’s Table closed in early August with organisers of ...
CALLING ...
The Captain’s Table is a global start-up competition launched by YPSN (HK) Ltd to connect innovators and startup entrepreneurs wit...
[E-PORTS...
Huang Guansheng, director of the State Port Administration Office, said on July 3 that the port fee reduction work had achieved po...
Overseas...
China's State Council announced six new provincial pilot free trade zones in Shandong, Jiangsu, Guangxi, Hebei, Yunnan and Heilong...
China Co...
According to the weekly export report released by USDA, Chinese buyers ordered 760,527 tons of soybeans from US in the week ending...
"Made in...
On the morning of December 8, "Han Hai 5 Hao", a demonstration container ship built by Hubei province, was launched and successful...
[E-PORTS...
There's only three months left before the implementation of IMO 2020 Sulfur Cap. Everyone is most concerned about the cost on usin...
Overseas...
On August 12, Splash 247 reported that Evergreen has told clients that any omission, concealment or misdeclaration of hazardous ca...
Overseas...
China would allow the import of soymeal livestock feed from Argentina for the first time under a deal announced by Buenos Aires on...
Useful Links
BIMCONMC (Sea Weather)IntercargoMSAIntertankoCNSS (TIDE)Paris MemorandumTokyo MemorandumInternational Maritime Organisation (IMO)International Association of Classification Societies
Quick Links
Shipping Agency DeskNewsAbout E-PORTS
400-920-8810
contact@e-ports.com